You can follow the latest news on our social media pages:

Nearly one in ten four and five-year-olds in the UK are obese, however, Leeds has seen obesity rates for this age group fall, due to a new health, exercise and nutrition programme which teaches parents to fight pester power. 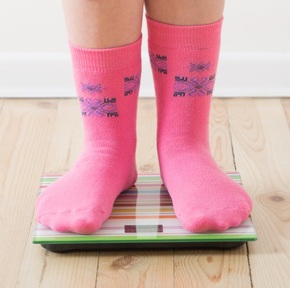 In Leeds, every health visitor, nursery nurse and children’s centre worker has been trained in the HENRY approach. HENRY which stands for health, exercise and nutrition is an eight-week course, aimed at teaching parents emotional skills to be stricter with their children when it comes to eating healthily and exercising.

Parents are encouraged to show their children they are ‘in charge’, so for example, instead of asking children what they would like to eat, children are offered a choice of only carrots or peas.

Parents need to make it clear 'they are in charge

Kim Roberts, chief executive of the charity HENRY, said: “Authoritarian parenting is when children are told what to eat and what to do, such as being banned from leaving the table until they have eaten their sprouts.

“Permissive parenting is asking children what they want to do.

“But HENRY encourages a third approach known as authoritative parenting, where parents make it clear they are in charge, but also respond to their children.”

The results presented at the European Congress on Obesity in Glasgow showed obesity rates for deprived children fell from 11.5 to 10.5 per cent in Leeds and in affluent children, they dropped from 6.8 to 6 per cent. In Leeds, there were 625 fewer obese reception-age children in 2016 to 2017 – a reduction of one in 16 children.

Ms Roberts said: “A good example is how biscuits, sweets and ice cream are used very often in families as rewards, treats and bribes, or taken away as punishments.

“HENRY parents find that using a more authoritative parenting style with different non-food rewards, such as adding a brick to a tower that the family build together over a few days, is a great way of encouraging cooperation.”

The eight-week training programme, held at children’s centres, has been attended by over 6,000 families since 2008.

Ms Roberts said: “We know from national data that this is unusual. To see this kind of reduction is unprecedented. The indicators are that this isn’t happening in other cities.”

Experts say this is a vast improvement on the continuing obesity crisis in England, where over the same period the obesity rate stayed largely the same.

Professor Susan Jebb, Oxford University, who led a study on the strategy, said: “The most dramatic thing is if you look at it by deprivation, the most deprived group in Leeds is doing especially well. That is astonishing.

“Going into parenting behaviour is a promising approach. If you catch very young children, parents have a heck of a lot of control over their lifestyle.

“Under-fives don’t pop to the shop to buy something. Their every meal is what parents and carers provide.”

Public health minister Seema Kennedy said: “It’s great to see some promising reductions in childhood obesity in young children for some of the most disadvantaged groups in Leeds and I hope we can learn more about this kind of work in the future.”

Professor Jebb added: “I hope Public Health England will take a close look at these results to identify the strategies which may have led to this improvement so we can then roll out the examples of good practice more widely across the country.”